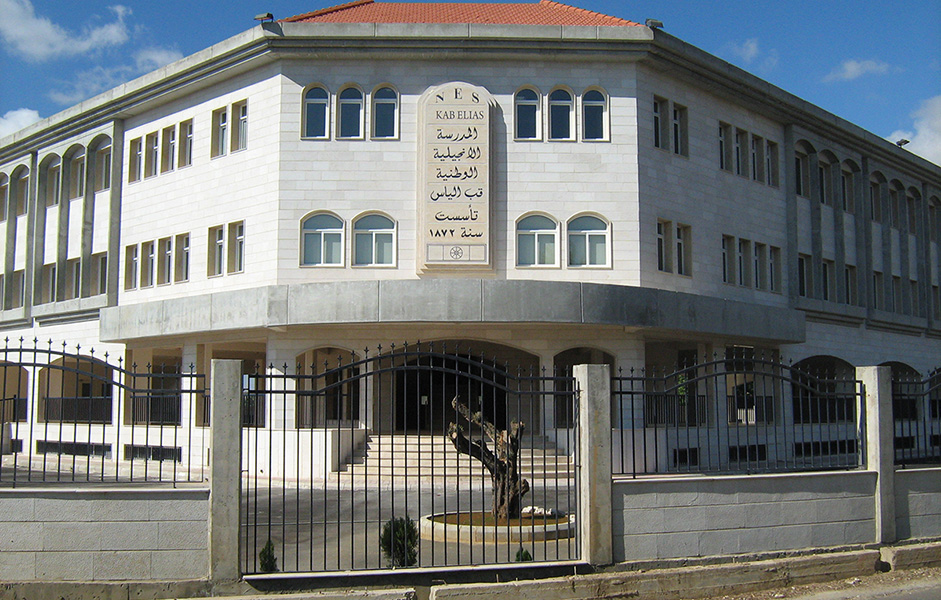 The National Evangelical School –Kab Elias was founded by the American Presbyterian missionaries in the year 1872,  where later its ownership was transferred to the National Evangelical Synod of Syria and Lebanon.The school is located in Kab Elias in the Bekaa valley, and was the first co-ed institution in the area. It started as an elementary school with only one classroom, then the number increased to several classrooms until the Synod took a decision to construct a new modern edifice which was accomplished in 2009. The school then was classified as a Secondary one in 2015,with classes from K to 12.

We belong to a network of schools under The National Evangelical Synod of Syria and Lebanon.